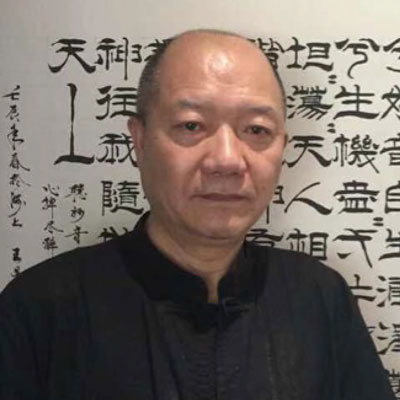 Philosopher/Theologian, Writer, Poet, Founder of Oriental Phenomenology, Founding Director of Enlightenment Institute, Co-Founder and Creative Director of Journey of Harmony. Former Director of Strategic Planning of LG Group, Senior Consultant to Samsung Group, China advisor to Korean Broadcasting Institute, Ministry of Culture and Tourism of Korea. Author of many poems and books on spirituality. Keynote speaker at many international conferences organized by CCPIT (China Council for Promotion of International Trade).

I come from the lineage of the kings of Silla (57 BC ~ 935 AD), one of the 3 kingdoms existed in the Korea peninsula. In history, the peninsula of Korea was invaded by China and Japan thousand times. Because of the Japanese occupation of Korea, my father opened a factory in Dalian, Northeast China and supported the Korean Independence Army. I was born and grew up in China until the age of 10 before returning to South Korea. Korea is a divided country. Korea’s division into South Korea and North Korea has created a deep wound in the psyche of the people of Korea.

In my 36 years of work and service in China since 1982, I have assisted in the initiation and establishment of China Korea cooperation in 10 fields: government, economy, business, science and technology, environmental protection, transportation, telecommunication, culture, film and TV, and education. In my spiritual journey and research into the religions and philosophies of the East and the West, and in my deep meditations, I come to understand the reasons of rise and fall of the great civilizations in the East and West, and the relationship between the Origin of the Universe, the Earth and Humankind. We know from history that actions based on knowledge and mind, without the purification, rectification and enlightenment of the human heart as a foundation, will not bring about the lasting peace and unity of the world. Therefore, we started the Amrita Project (since 2006), launched Journey of Harmony around the World (since 2012), and founded the Oriental Phenomenology and Enlightenment Institute (2016).

In researching into the Origin and Harmony of Life, I discovered the hidden mystery in the world’s oldest scripture – Chun Bu Kyung (Revelation of Heaven’s Number, 9000 + years old), as the guiding post, methodology and wisdom of living for humanity. My hope is the wisdom of the East and the logic of the West will come together in creating a peaceful, sustainable New Earth based on love, justice and unity.