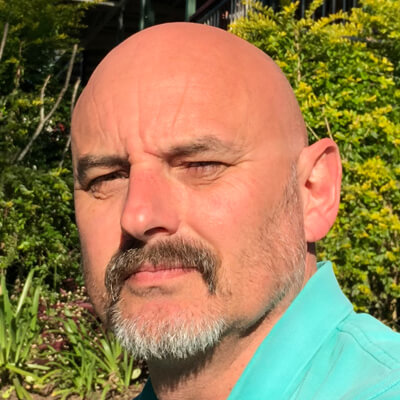 Paul’s song and spirit pathways begin in his North Welsh birthplace, Holy Island in the Druidic stronghold of Ynys Mon. As an infant with his family he was carried to the other side of the world to live and sing amongst the Maori families of Porirua East, New Zealand. A final childhood move brought him to the shores of Australia, where from his early teenage years he began to play with poetry and songwriting.

The discovery of his mother’s copy of Laozi’s Tao Te Ching sparked a spiritual light and from the mesmerizing stanzas of that ancient text, his exploration of eastern spiritual traditions deepened. He surveyed the vast cannons of buddhism, roaming across the wide spectrum between classic zen and the Mahayana tradition of Tibet, discovering there the songwriting folk hero Milarepa and the tantric teachings of Guru Rinpoche, Padmasambhava. In recent years, Paul’s continued exploration of India’s ancient yoga traditions has led him to the upanishads, the vedas and vedanta, and the living householder guru Sri M.

Throughout his professional career, Paul has come into regular contact with Australia’s traditional Indigenous peoples, and from them he came to better understand the cosmic relationship between people, the land and the stars, and the centrality of song and songlines in this play. The Indigenous worldview made real for him the ancient wisdom of deep ecology, the searing recognition that this earth is the mother of all human experience without whose blessing we do not survive.

This symphony of searching, insight and experience comes together in Paul’s songs – melodically charming and lyrically stunning siren calls that can equally confront and awaken, sung as mantras to bring the energy of universal love into action.